“No.4 | The Repatriation of GCC Nationals and Concluding Remarks”

The COVID-19 crisis has put governments, healthcare systems, and economies under immense pressure as the virus propagates irresistibly throughout the world. In addition, this inevitability, has come at a great human cost without the discovery of an effective vaccine. For this, the conditions facing the Gulf Cooperation Council (GCC) area are nothing short of stupefying, as many believe this could act as a catalyst for greater instability in the future. In efforts to control this possible downfall and ruin, many governments have stepped up their repatriation procedures to return nationals from abroad back to the Arabian Peninsula. This article will focus on the principal GCC members who have successfully repatriated their citizens and the relative safety they will encounter once returned back home, while also offering a summation of the series as a whole.

Furthermore, as the final piece of the “GCC and COVID-19 Crisis” series, new updates on figures and news developments will be offered in a concluding remark of the Coronavirus in the Middle East up till now. 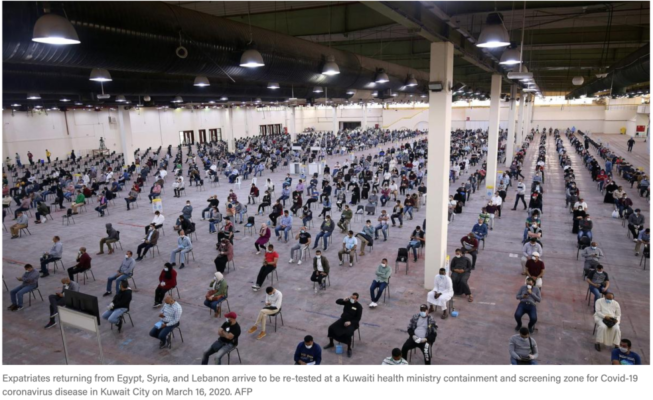 It is not the first time the region has faced the impact of a disease. In 2012, another viral strain of the same Corona family swept through the Middle East. This virus was nicknamed MERS (“Middle East Respiratory Syndrome”) and spread similarly to the COVID-19 virus. However, there are significant differences between the two illnesses, mainly that COVID-19 is more infectious, the majority of MERS cases were found in the Kingdom of Saudi Arabia and it also had a higher fatality rate than Coronavirus.

Furthermore, the region in itself is largely prone to vast and rapid spread of diseases because of the enduring conflicts that still ravage the area. For instance, preventable diseases such as leishmaniases, polio or cholera are still present in countries like Syria, Iraq, and Yemen, which either suffer or have suffered the effects of war. The perennial state of dereliction many towns and villages find themselves in after constant and continuous conflicts have created a brewing pot for many diseases. This further complicates their total eradication and places many vulnerable groups at risk of infection, and even death, when a new viral disease appears.

Fast-forward from this historical backdrop, and many countries in the GCC and their populations now risk infection from a severely contagious Coronavirus. This, in turn, when added to poor public governmental infrastructure to cover those most vulnerable, and limited economies that lack resources to draw capital to fund public healthcare services, can lead to a real and immediate humanitarian crisis in the region.

While governments scramble to react to COVID-19 updates, systemic issues found within the GCC mar a complex health crisis with tinges of wealth inequality, religious sectarianism and authoritarian behaviour.

Over half of the total population of the GCC is made up by foreign labourers, hired as a cheap resource from impoverished developing nations to build up many Arab societies such as the UAE or Bahrain. These workers often live in squalid conditions, with poor sanitation and in overcrowded barracks. This has led many to worry over their wellbeing during this health crisis, albeit for very distinct reasons. In response many workers have been repatriated by states such as the UAE, a large utiliser of foreign workforces, to avoid a further outbreak of the disease.

However, other ulterior motives may give reasons for action. In fact, employers and authorities may concern themselves more about workers becoming disruptive and publicly ‘highlighting human rights abuses such as the exploitation of foreign workers, or the denial of medical care’ inflicted upon them regularly.

In a likewise stark situation are prisoners in the GCC. Many are detained for political motives, as human rights defenders, activists and public dissidents are held indeterminably in prison. Furthermore, while these prisoners are held unjustly, they also face exposure to health risks from COVID-19.

Besides the “bad hygiene”, “insect infestation”, or “broken toilets”, many inmates are now in deteriorating conditions due to a heightened prison population, mainly because of mass trials and incarcerations, such as that of the “UAE94”. Furthermore, many governments have now reacted and attempted to lower numbers by freeing up cell blocks and releasing prisoners. However, many of the most prominent dissident public figures in Arab societies remain incarcerated, and, for this, it must be denoted that these measures are wholly insufficient. Many individuals arbitrarily imprisoned in the GCC are thus unnecessarily exposed to health risks exacerbated during the Coronavirus pandemic.

In essence, the governments of most GCC countries are facing a twofold task amid this crisis. Firstly, they must effectively safeguard their populations from COVID-19, yet do so in a manner that is not obtrusive for the stability or longevity of the current regimes there. The most delicate of balancing acts.

Rather than diffuse tensions in the area, the health emergency has quickly transformed the GCC. The management of this crisis will resonate for decades and could make or break already fragile social and political orders.

The outbreak of Coronavirus in the Middle East has seen factions develop along non-traditional lines. Qatar, who is still subject to a GCC blockade, has united efforts with Kuwait and the UAE to offer medical and humanitarian aid to Iran, the epicentre of the outbreak in the region. Together, these countries underlined the ‘the importance of collective work and efforts to survive these global challenges’. On the other hand, Saudi Arabia and Bahrain have adopted militant stances in their opposition to Tehran, even accusing the Islamic Republic of ‘biological aggression’.

Nevertheless, this geopolitical rift in the GCC has equally seen economic frailty and inequality strike the region. Saudi Arabia, oil rich and dependent on crude prices as its main source of revenue, has suffered from the economic downturn caused by lockdowns around the world. Oil prices have dropped nearly a third in value, and have affected the Kingdom’s State-owned oil company, Saudi Aramco’s share value to take a dive well below its IPO. 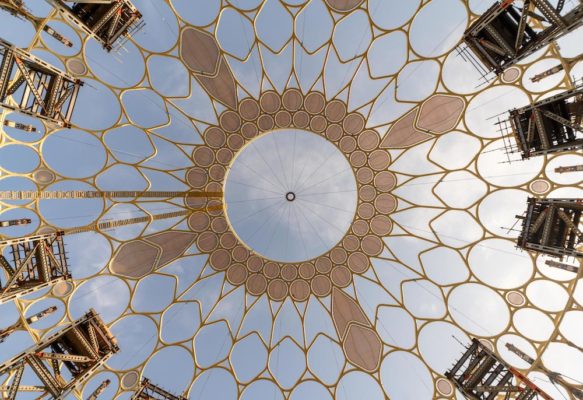 Similarly, the UAE, who was expected to launch its ‘Expo 2020’ in Dubai later this year, has had to postpone it until further notice. The Emirati country, also the main tourist hub in the region, has banned its citizens from going abroad and reduced the government-owned-airline, Emirates, routes to only 13. This has proven an enormous economic setback for the country, as the Expo in itself was supposed to bring in 1.5% of the total GDP of the UAE.

It is not unreasonable to affirm the GCC is facing unparalleled strains on its systems of government, health and economic structures. As previous submissions in ‘GCC & COVID-19 Crisis’ have made abundant, the GCC now faces the additional challenge of returning expatriate nationals safely without exposing them to greater or unnecessary harm. Nevertheless, these exercises have been carried out extremely unevenly throughout the GCC with countries like Bahrain proving slow to tackle the emergency effectively.

On one side of the variant spectrum, Qatar and the UAE stand out for standout repatriation efforts. Thanks to their publicly owned airline companies, who enjoy a certain reputable global prestige and presence, they have been able to effectively reach most nationals stranded abroad. Since the outbreak of the crisis in February, the UAE has been able to return over 3,000 Emiratis with a view of relocating another 755. Additionally, the Qataris have serviced their own fleet to help in the repatriation of over 17,000 citizens of different nationalities.

Nonetheless, on the opposite side of said spectrum, Bahrain has shown negligent incompetence in handling a crisis marked by sectarian sentiments with Iran. With over 1,900 confirmed cases, and 7 deaths in Bahrain, and 5,000 deaths and almost 85,000 infections in Iran, both countries broke diplomatic ties over four years ago, thus removing any option of direct flights between Manama and Tehran. For the large Shia majority under the Sunni monarchy of Bahrain this was an issue, as many of their sacred sites are all found in the Islamic Republic. At the time of the COVID-19 outbreak, over 1,600 Bahraini pilgrims, many of elderly age and poor health, were left stranded in Iran, by a government incapable of seeing past their Iranian foes. This included 76 individuals who tried to travel back independently, but were restricted travelling from Muscat, Oman’s capital.

This stale-mate with Iran, where action was slow amid growing health risks, forced Bahrain to reintroduce, four years later, the first direct flights between the two countries. This was also done as the Bahraini Kingdom came at odds with Qatar, whom it accused of ‘meddling’ in its internal affairs, after the former offered to run a chartered service from Manama to Tehran.

Lastly, the Saudi Authorities, who face the largest bulk of infections and death toll in the GCC area, over 10,000 and 100 respectively, have proven effective in returning most of their expatriate residents from the United Kingdom, Indonesia, and mainly neighbouring Bahrain.  However, news of new outbreaks has placed the country in twenty-four hour lockdowns and financial uncertainty. 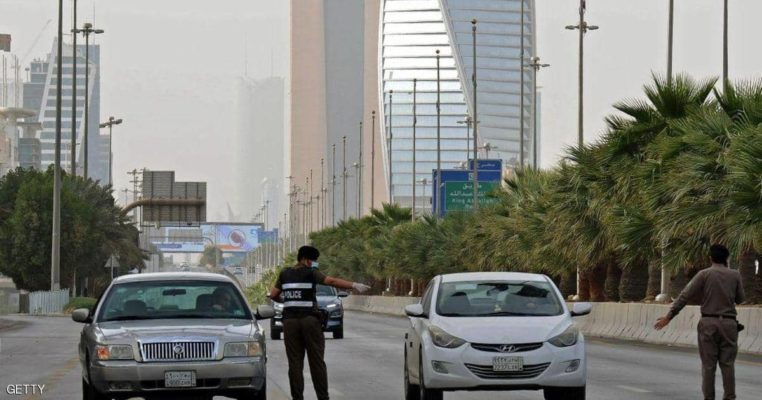 In conclusion, one can see that GCC Countries have not been particularly ravaged by the Coronavirus, or at least in terms of mortality. Long term shadows of doubt, in the forms of economic difficulty in countries like in Saudi Arabia thanks to their dependency on oil prices; social instability in others like the UAE, where most migrant workers are either leaving the country or suffering on the fringes of society; and the political roils, instigated between Bahrain, Iran and Qatar, paint an uncertain future in the GCC. In addition, asymmetric repatriation efforts could lead to greater domestic instability among populaces who may have felt either directly, or indirectly via family members, abandoned by their governments. This casts many doubts as to how the GCC will handle the COVID-19 crisis, and whether it can survive it under its current form.