No. 3| Consequences of the widespread of coronavirus in the GCC countries

From Oman to Kuwait, and Saudi Arabia to Bahrain, the spread of COVID-19 does not spare the countries of the Middle East, involved in varying degrees and intensity in the fight against a new, common enemy. As the virus expands, attention has shifted to the governments and their ability to establish a system capable of containing and providing for its consequences. Here, more than elsewhere, the pandemic is grafted onto pre-existing and unresolved political, social and economic issues, thus transforming the area into a huge ticking time-bomb waiting to explode.

With over 15,000 confirmed cases of COVID-19, the Gulf countries have started to apply strict measures to contain the outbreak of the pandemic. Governments can partly rely on their health systems, which are among the most efficient in the Arab region; nonetheless, the primary concern is its maintenance and preparedness to cope with an emergency that is severely testing countries more advanced from this point of view. The risk and the speed of infection are much higher in those areas where access to water and electricity is scarce and limited, and where sanitation is lacking and social distancing is difficult to implement due to the high population density, such as in detention centers and refugee camps in the Near East. To avoid a potentially disastrous outbreak of the virus among crowded inmate populations, Bahrain, Saudi Arabia, and the UAE have begun releasing prisoners. However, as the Bahrain Institute for Rights and Democracy (BIRD) pointed out, both prominent political leaders, human rights defenders and prisoners with HIV and already compromised immune systems, which are at greater risk of vulnerability, have been excluded from this policy and remain behind bars.

Instead of defusing tensions in the area, the health emergency quickly transformed following the divisions and hostilities that have reigned over the region for decades. Political regimes’ management of the virus will be crucial for the stability of the political, social and religious communities in the Gulf countries. 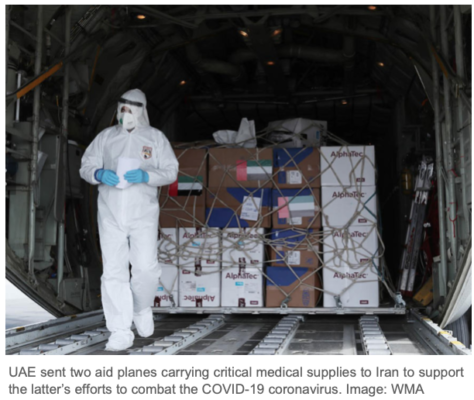 The virus may either help legitimize or undermine the legitimacy of the ruling elites in societies that have already succumbed to socio-economic, political and ethno-sectarian divisions. Potential conflicts of political and sectarian dimensions could appear in the clash between GCC states and Iran. Kuwait, Qatar and the United Arab Emirates have provided Iran with medical and humanitarian aid, underlining “the importance of collective work and efforts to survive these global challenges.”However, humanitarian cooperation will not necessarily improve political relations, especially after the strong stance of both Saudi Arabia and Bahrain, who strongly condemned Tehran’s reckless behavior in response to the Coronavirus, and for failing to stamp the passports of GCC citizens who had defied travel restrictions to Iran, showing that humanitarian cooperation will not necessarily ease political tensions.

According to reports from various local authorities, the first patients in most of the Gulf countries are connected to Shiite citizens who have traveled to the sacred places of Iran. Consequently, on 8 March 2020, to contain the virus, Saudi Arabia isolated the entire province of Al Qatif, a Shiite majority province repeatedly targeted by the royal family in the past. Therefore, it could provoke a strong resentment within the Shiite minority that has long felt marginalized. Furthermore, in contexts already characterized by restrictions on individual freedoms, the exceptional measures adopted by governments to avoid collapse have only increased the control of the regimes over their citizens, including through the deployment of military and police forces, further reducing already limited civil freedoms. The risk is that these restrictions may go beyond the containment needs of the pandemic.

Equally worrying are the economic and financial consequences that the slowdown in global growth, especially that of China and the European countries with which the GCC countries have close economic and energy relations, will produce on economies already strongly tried. Despite having more financial resources than many other countries in the Arab world, the collapse of the oil market will have an impact on the GCC countries’ response and future economic well-being. 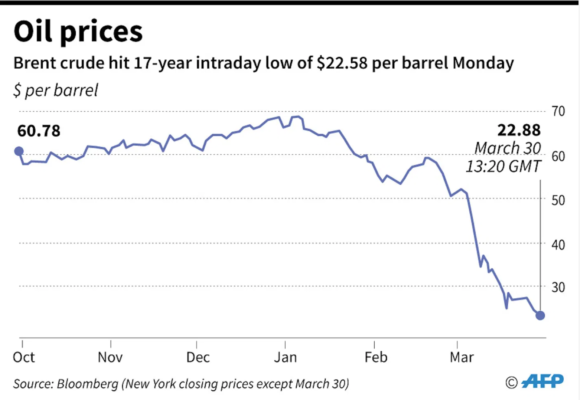 The drop in demand from a disease-stricken China, brought Saudi Arabia, the cartel’s leader, to seek an agreement with other energy producers to cut oil production collectively. By doing so, they would keep the oil prices higher, bringing more revenues into those economies that are heavily dependent on crude exports. However, Russia’s refusal to play together has pushed Saudi Arabia to drastically change strategy and increase its oil production, bringing the opposite effect and plunging the oil price to fall by 31%. This is particularly problematic for the economy of the Gulf countries, which depends heavily on the revenues from the sale of oil and its derivatives on the world market. Additionally, the fall in the price of oil has swept the Saudi stock market, with the shares of Saudi Aramco falling, for the first time since last December, below the value of the initial “Initial public offering” (IPO). The listing of the state-owned energy giant on the stock exchange should serve in the plans to generate liquidity to finance the Vision 2030 reform plan, aimed at diversifying the country’s economy and ferrying Riyadh into the post-oil era. To date, however, the results have been modest: in addition to the difficulty in attracting international investment, the Kingdom is facing a dark economic picture, to which are now added the negative repercussions of the crisis linked to the spread of the coronavirus. The weakness of having an economy based on oil, and a lack of diverse financial sources, is typical of windfall economies built on oil extraction and stems from the fall in demand from a disease-hit China, the top export destination for Saudi Arabia’s oil and GCC countries in general. In addition, the current oil crisis faced by already in debt GCC economies will make the funding of their partial healthcare systems more difficult, revealing a lack of diverse economic resources.

The virus is also likely to have a serious impact on GCC tourism and mega-events, which are a small but growing source of income. The United Arab Emirates, the Gulf region’s tourism hub, banned its citizens from going abroad and sharply reduced the flights’ destinations of the national 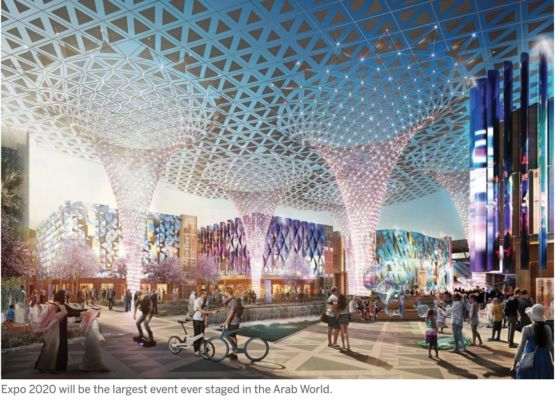 company Emirates from 145 locations to just 13 countries. All cultural and sporting events such as the city’s Expo 2020 or the Dubai World Cup, one of the world’s richest horse races and a premier annual sporting event in the United Arab Emirates, have been canceled or postponed, creating a huge loss. It is estimated that Expo 2020 alone would have contributed to 1.5% of Dubai’s GDP. Although these decisions show governments’ responsibility regarding the current situation, they also raise concerns about the financing of health action-plans.

To conclude, the Coronavirus is having an economic, social and political impact in the Gulf countries, highlighting the many weaknesses of these regimes, and showing no signs of ameliorating. The manner in which governments handle this crisis will not only be crucial in determining not their future, but also their survival.

The next and final article of the “GCC and the Covid-19 Crisis” series will focus on government strategies to repatriate those stranded abroad and exposed to the risks of Coronavirus away from home and offer an all-round final update on the crisis in the Gulf.