“Everyone has the right to freedom of opinion and expression; this right includes freedom to hold opinions without interference and to seek, receive and impart information and ideas through any media and regardless of frontiers.”

Impeding this fundamental human embodied in Article 19 of UDHR includes actions taken by officials to repress contradictory, such as blocking local independent newspapers and magazines, confiscating books, harassing activists, pressuring journalists to exercise self-censorship, obstructing events, imposing restrictions on the right to assembly and procession, shutting down the internet, limiting access to information and interfering with the circulation of news by hacking into private accounts.

At first sight, the Omani Basic Law seems to guarantee its citizens freedom of expression. Article 29 ensures freedom of speech. The Persian Gulf sultanate also signed the Arab Charter on Human Rights, which under Article 32 secures the freedom of opinion and expression. However, when focusing on the rights of journalists, the tide turns: in 2014 the Interior Ministry gained absolute power with Article 20 of the Royal Decree 38/2014, allowing it to strip Omani of their citizenship when contradicting the government. The latter is an effective means to silence criticism in journalism. This combined with Articles 97, 102 and 108 of the Omani Penal Code can incur journalists convictions for a decade for revealing privately or publicly instances of government corruption.

Now, these contradictions raise some questions: What does the situation on the ground look like? Has there been an improving tendency in favour of freedom of expression since the Sultan Haitham bin Tariq succeeded his cousin Qaboos bin Said on 11 January 2020? And, have measurements taken to contain COVID-19 worsen the tension?

Reviewing human rights incidents and developments that occurred after the uprising in Oman in 2011, activists and critics have been consistently harassed by Omani officials or even been detained on evasive charges, among others “insulting the Sultan” and “undermining the prestige of the state” By applying Article 61 of the Telecommunications Act of 2002, according to which “any person who sends, by means of telecommunications system, a message that violates public order or public morals”, Omani authorities are able to restrict online dissent and other digital content.

In 2012, political activists and protesters expressed their discontent with peaceful protests against unfulfilled promises of government reforms. Violating international standards the sultanate pledged to uphold, Oman nevertheless proceeded to arrest 22 protesters and nine online activists and writers for solely asserting their right of free speech and assembly. The nine, who all raised awareness on human rights abuses online, were not only kept in the dark when it came to the grounds for their imprisonment but were also denied access to legal counsel. This infringes Article 14 of the Arab Charter on Human Rights ratified by Oman, guaranteeing that anyone arrested is informed in time about the charges against them and is entitled to contact family members as well as seeking legal assistance.

Weeks after the crackdown, online activists alleged that authorities hacked into social media and communication accounts, such as Facebook and emails, deleting posts that promoted human rights and contacts, respectively.

Another form of suffering continuous governmental harassment exemplifies the case of founder and editor-in-chief of Mowatin magazine, Mohammed al-Fazari. In 2012, al-Fazari was arrested for the first time, along with several human rights defenders, on charges of “gathering with the intent of rioting”,“insulting the Sultan Qaboos bin Said al Said” and “violating cyber-crime law” after publicly criticising Oman’s ruler. Pardoned a year later, he was detained again to pressure him to close the Mowatin e-magazine. According to Human Rights Watch (HRW), the following years, al-Fazari was regularly targeted by officials: in 2014 he disappeared forcefully for six days and was stripped of his passport and identity card. In 2015 after al-Fazari found, despite the travel ban, exile in the UK, his brother was arrested instead. Deprived from his right to freedom of movement due to his peaceful activism for freedom of opinion, conflicts with Article 27 of the charter that “no citizen shall be arbitrarily (…) prevented from leaving any Arab country, including his own” Al-Fazari remains one of many cases filed against online activists.

As with the Royal Decree and the Omani Penal Code, Article 26 of the Omani Press and Publications Law further limits journalists rights:journalists face arrest and detention if they leak information to international media. On top of this form of censorship and according to Omani Centre for Human Rights (OCHR), the Omani Ministry of Information (OMI), under the direct authority of the Omani Internal Security Service, controls the selection of correspondents from foreign press agencies, newspapers and television stations. Simultaneously, Omani journalists are compelled to  reveal their sources upon government request and are subject to arbitrary power of the OMI; partially granting media licences to government advocates. 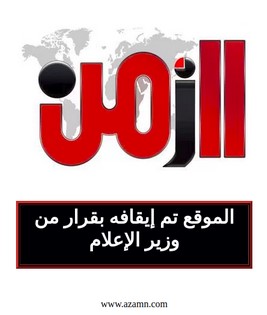 This abuse of power is also displayed in the temporary and permanent closure of the newspaper Azamn in 2016 and 2017, respectively. The first incident occurred 6 years before with a temporary closure of four weeks and a five-month detention of both, the editor-in-chief Ibrahim al-Ma’mari and the deputy editor Yousef al-Haj on charges of “insulting the justice minister and other officials.” The final closure was triggered by the release of an article reporting judicial corruption alongside a subsequent interview with the vice president of the Omani Supreme Court al-No´mani confirming these allegations. In response, Azamn was closed down and within 24 hours al-Haj was arrested a second time, after he had already been detained together with al-Ma´mari for publishing the aforementioned article. The provision used to cause the closure is recorded with Article 115 of the Penal Code, commonly used to target activists attempting to disclose government corruption.

Around the same time in 2016, two online newspapers, e-journal Mowatin and Al Balad stopped operating, the former, due to harassment by security services.

Since the beginning of 2020, when Sultan Haitham bin Tariq came to power, OCHR reported that family members of human right defenders outside of Oman continued to be victims of police harassment and government threats. Similarly, activists expressing discontent and calling for reform were summoned for questioning, such as members of the Omani Feminists association (Nasawiyat Omaniyat) who were subsequently forced to halt their activities on Twitter. Lastly, the Muscat International Book Fair in March remained censored. All this with the intention to ensure the unquestionable power and authority of the new Sultan.

Lastly, in times of COVID-19, it appears that the limit to freedom of expression has taken on a new form in the Sultanate. By claiming to reduce the spread of the virus, Oman, instructed independent and state-run newspapers as well as magazines to cease printing and distribution. The decision reached on 22 March by the Supreme Committee for Dealing with COVID-19, also extends the interdiction to foreign press in Oman.

To take a step towards freedom of expression, Oman should start by ratifying the International Covenant on Civil and Political Rights (ICCPR), giving legitimacy to freedom to form parties and associations, freedom of peaceful assembly, and freedom of expression. In order to do so, the sultanate must abolish Article 116 of the Omani Penal Code, which considers the establishment of political parties and organisations a crime and restricts impartial and free elections. Moreover, Oman should give its citizens the right  to freedom of thought, conscience and religion. Similarly, Article 115 of the Omani Penal Code and Royal Decree 95/2011 need to be relegated as they undermine freedom of press and speech. This also includes the freedom to express one’s opinion and openly criticise the ruler.

Unless these measures are implemented, Omani citizens will continue to live in a state in which the right to freedom of expression is silenced, and the Persian Gulf sultanate remains a quasi-democracy with the sole intention to create a pleasant impression in the international community.