Not even a fortnight ago, on International Women’s Day, a group of UN experts urged men globally to defend gender equality and women’s human rights by participating in movements and emphasized in a joint statement, released ahead of 8. March, that “the time to act is now”

Last Wednesday, exactly 10 days after the speech, the trial against the prominent Saudi Arabian women’s rights defender and leader of the “Women to drive” campaign, Loujain Hathloul, was postponed indefinitely because of the ongoing pandemic crisis. This is not the first time that her hearing has been rescheduled: according to her sister, the last trial set for 10. March was cancelled without explanation. Similarly, a year ago on 13. March 2019, Loujain, together with 13 other women activists, was brought before the Criminal Court in Riyadh. However, the court session was closed for diplomats as well as journalists.

Charged for “promoting women’s rights” and “calling for the end of the male guardianship system”, the British Columbia Graduate was imprisoned 70 days for the first time in 2014, after she live-streamed herself attempting to drive into Saudi Arabia from the UAE. Two years ago, Loujain was arrested again for disrespecting the prohibition to drive. Even when it was announced that the driving ban was overturned, a month after her imprisonment, Loujain Hathloul remained in detention. In this context, Amnesty´s Middle East Research Director, Lynn Maalouf, stated, “The very existence of this sham trial pulls the veil off of the authorities’ so-called push for reforms in the kingdom. How can they initiate change in the country when the very women who fought for these reforms are still being punished for it?” 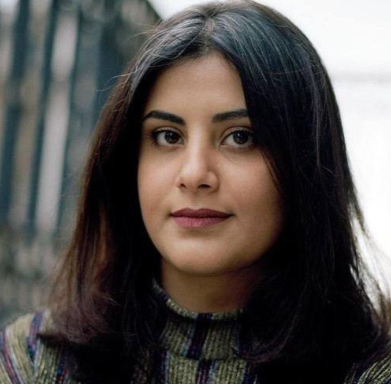 While incarcerated, Loujain´s family reported her ill-treatment by interrogators in the form of whiplashes, beatings, waterboarding, sexual abuse, attempts to undress her and observation in her sleep, in December 2018. In the same context, her brother described her signs of torture recognisable through shaky hands and black scars on her thighs from electric shocks. On top of this, her sister reveals in an interview with the newspaper The Independent that Loujain is prevented from speaking freely to her family, while held in arbitrary detention.

In denial of the torture allegations, the Saudi Government claimed that Loujain, together with other activists, was a “threat” to national security. It is widely known and not uncommon that torture is used as an instrument to retrieve “false” confessions. In the case of Hathloul, her refusal to sign a letter retracting from her past activity demonstrates this.

In recent years, since Mohammed bin Salman´s candidacy, Saudi Arabia progressed in granting women more rights: lifting its driving and travel bans, permitting women to vote in municipal elections, allowing women to attend sports events such as the entry into football stadiums and access to certain jobs. In December 2019, the most recent measurement addresses the abolition of two separate access doors for males and females. Nevertheless, all these attempts do not address the core of the male guardian system including equality in marriage, inheritance, appearance in court or freedom of movement.

In support of Loujain´s immediate release along with other imprisoned activists, Amnesty International created a petition in several languages (EN/ES/DE) addressing Saudi authorities and calling for women’s rights as well as the end of the male guardianship system.

Find a summary of the individual cases on Loujain Hathloul and Samar Badawi below!