No. 2| COVID19 and the GCC countries’ ability to cope: what the crisis reveals

Crises such as the coronavirus outbreak serve as test cases and can reveal the unexpected strength of a political regime or its deepest flaws. But the deadly virus has hit the Gulf Cooperation Council countries at a time when the region is burdened with multiple problems, from a series of long-running conflicts and sectarian tensions to an economic crisis fueled by plunging oil barrel prices, raising concerns about the governments’ ability to tackle the pandemic.

The rapid political answer of all GCC countries highlighted first an unweakened capacity for adaptation despite reduced economic resources. Saudi Arabia rapidly closed entry to its territory as well as public

sector jobs, malls and restaurants, and banned holy shrines and the Umrah pilgrimage. Qatar has suspended flights to 14 countries, and the United Arab Emirates (UAE) took their boldest step in fighting the spread of the virus when announcing a national lockdown and a mandatory 14-day self-quarantine for all travellers returning to the country. This rapid decision-making can account for the relatively low number of reported cases which amounted to 3,557 cases for the entire region as of 30 March.

It also facilitates the legitimisation of governments that have been repeatedly challenged during the past years. Saudi Arabia’s Crown Prince Mohammad Bin Salman, while entangled in the international outrage triggered by the 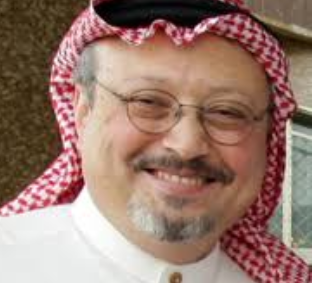 murder of Jamal Kashoggi, has been regarded by British Prime Minister Boris Johnson as a partner worthy of interest to discuss measures limiting the economic impact of coronavirus. The government also took advantage of the situation to reinforce the citizens’ sense of belonging around its strengthened political power when urging inhabitants to work together to confront the pandemic. Drastic measures such as the closure of all spaces of gathering, curfews and lockdowns are evidence of the countries’ capacity of action which, combined with generally high quality of medical care, could suggest a positive outcome to the “coronavirus test case”.

However, only accessible to those who can afford healthcare, the UAE´s medical facilities are not equally distributed in all GCC member states. Basic insurance packages do not provide sufficient coverage and regular care is not covered, preventing the majority of the population from accessing preventative healthcare. Aside from expensive fees, healthcare systems in the GCC are also governed by strict rules and requirements which will undermine the long-term capacity of those states to face the coronavirus crisis. Nationality requirements in Bahrain prevent the stateless Bidun community, representing 30,000 to 50,000 out of 1.4millions inhabitants, from accessing healthcare. More generally, it is possible to wonder how GCC countries will contain contagion amid foreign labourers who make, on average, up to 70.4% of the population in the region and who are for most of them underpaid and abused, live in conditions in which social distancing is not possible and lack of healthcare access. The coronavirus could here affect the countries’ stability by highlighting human rights abuses such as the exploitation of foreign workers, or the denial of medical care. To limit the spread of the virus, Qatar has already removed exit visa requirements for an additional segment of its foreign labour force, massively involved in the preparation of the 2022 WorldCup.

Aside from these violations of migrant workers’ rights, the pandemic also highlights the denial of prisoners’ rights. The already unacceptable conditions of detentions are worsening, raising concerns about a possible sanitary and humanitarian crisis. Prisons are overcrowded and plagued by hygiene problems. In January 2020, according to several NGOs such as Amnesty International, over a hundred inmates went on a hunger strike at the Dry Dock Detention Center after an outbreak of scabies stemming from unsanitary conditions, and in protest of poor medical care.In 2016, a government watchdog found that some buildings in the Jaw Prison suffered from “bad hygiene,” “insect infestation,” and “broken toilets.”

Inside Jau Report, Bahrain Institute for Rights and Democracy, May 2015

This situation forced some GCC governments to release a substantial part of the prisons population, revealing at the same time the number of inmates detained on political charges. On March 17, the Bahraini Interior Ministry announced it had released 1,486 detainees for “humanitarian reasons, in the backdrop of current circumstances”, and around 300 political prisoners were among them. Similarly, Saudi authorities have freed hundreds of prisoners from Al-Shumaisi Prison as 119 new cases of coronavirus have been recorded.

During a period of confinement and social distancing, communication is essential. But the lack of freedom of expression in all GCC Countries through, but not limited to, the control of social applications, prevents citizens from talking freely with each other. Applications using free voice and video calls are still restricted to varying degrees in Qatar, Saudi Arabia, the UAE and Oman; the latter even blocks Whatsapp, one of the most widely used applications.

The incapacity for GCC countries to guarantee basic communication tools along with economic and health care rights to their citizens should undermine Saudi Arabia and UAE’s attempt to appear as central states in the crisis management. Only two weeks after Mohammad Bin Salman met British Prime Minister Boris Johnson, B. Obama’s former adviser and an official from the US Treasury stated that “Saudi Arabia, given the oil price war and internal politics, seems unable or unwilling to lead” the G20 Leaders’ summit the country will hold in November. Saudi Arabia’s role and position have been drastically moved to the back of the diplomatic stage due to economic and health management failures. This trend is fueled by deepest and long term patterns of abuses, societal and political discriminations and denials of basic Human Rights the current crisis is emphasising.

But if these measures can appear as an attempt of GCC countries to protect their citizens, a deeper analysis reveals that political and ideological tensions in the region still come before the basic and fundamental states’ duties: protecting fundamental rights including the right to safety, movement, expression, and the right to life. The absence of diplomatic relationship between Bahrain and Iran, and of airlines flying directly between the two countries can account for the difficulty to repatriate the 1100 Bahraini citizens stranded in Iran. However, that can not  justify the cancellation of two flights on 23 and 24 of March by Bahraini authorities, which earlier accused Iran of “biological aggression”, a statement which certainly does not facilitate the repatriation of those isolated in the hard-hit Middle East country. Since the beginning of the crisis, only 230 Bahraini have been taken back from Iran. At a regional level, while the disease should have offered an opportunity to unite efforts and for a review of the Gulf crisis, hopes were wiped out when Qatar’s health minister was denied entry to Saudi Arabia for a GCC meeting on coronavirus last month.

The Coronavirus test case seems to reveal more failures than strength at both national and regional levels, casting doubts on the future of GCC countries facing with difficulty a crisis worsened by highly selective health systems, crumbling economies, political tensions and human rights violations. It remains to be seen how this turning point will affect Gulf societies on a longer term, and the next article of this series will be focusing on one of the most important consequences of this crisis; those which affect economies.